Happy Fountain Friday all. We’ve been having wonderful warm weather super when you get to spend time outdoors. The  fountain above is one I found in Weil am Rhein, a town across the border from Switzerland. It’s in the middle of a park, where everyone congregates to chat and play.

Thanks to the weak Euro, or the strong Swiss franc, the fact that it’s easy to get to Weil by Swiss tram, the town is now inundated by people living in Switzerland, who cross the border to shop madly before  importing everything back to Switzerland and claiming the VAT back later. Especially meat and dairy products are much cheaper in Germany  and as the economy is tough for many,  it is understandable that they shop abroad.  Funnily enough, a German, who lives in Basel, tells me he buys meat only in Switzerland, as when he cooks it, it is still the same size after cooking, compared to the meat he was used to in Germany, which was cheaper but shrank to half the size as he watched…personally I prefer to eat less meat, get it from a local butcher,  and pay more and know where it comes from, but as the Northern English say, it takes all sorts. Short term great for the household budget, longterm, you can see that many shops in Basel are closing and the city has a  “depressed” feel to it, the shops that are left are all teenager targeting clothing stores like HM, Zara, Mango etc. Smaller more interesting boutique style places are going out of business. 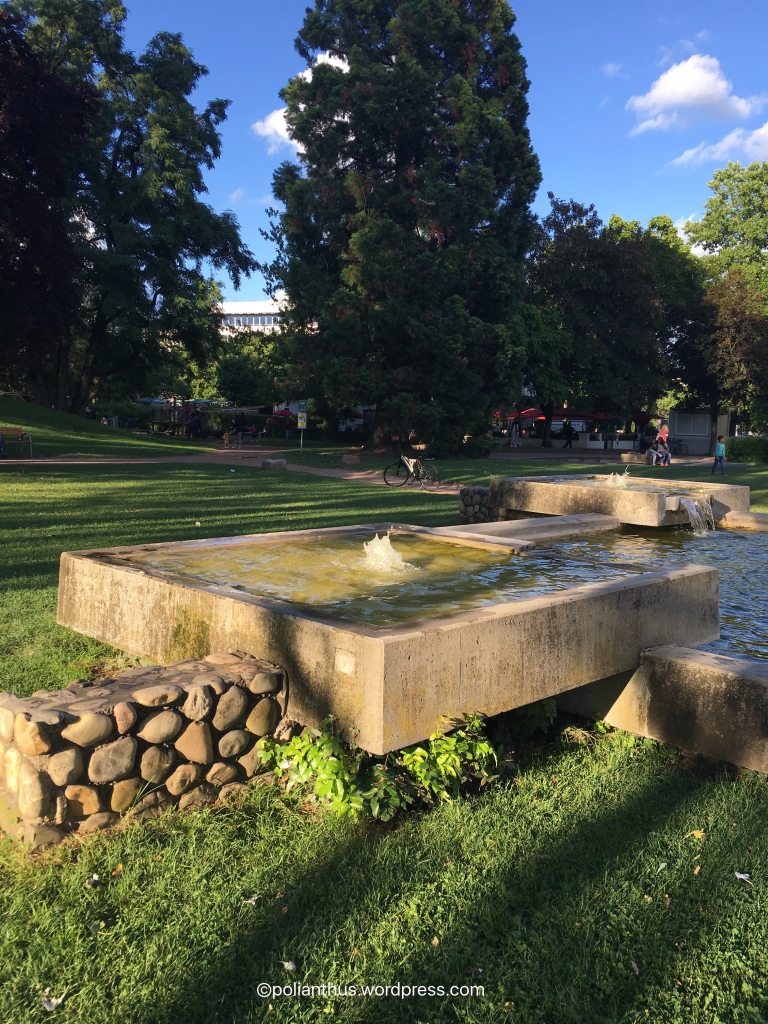 There is also an Italian shop in Weil. The owner, Rocco (I kid you not) hails from the same village as the Nonna di Giulia, in deepest darkest Apulia. Rocco sells products imported from the village, and after meeting him, we discovered, that he is friends with the Nonna and the Nonno – it’s a small world the world of expat Italians of the South of Italy from the 70ies. Weil also has an ok Chinese restaurant, and when I want to make Mr. Polianthus happy, I deign to dine here. Doesn’t compare to anything I ate in China, nor in Soho,  but it’s either make it yourself, following excellent Fuchsia Dunlops recipes, fly to London, or else make do with what is on offer here, which has been adapted, beyond much recognition to the local palate. A Chinese waitress in a Swiss restaurant recently told me they had tried using Szechuan pepper etc. in their dishes, but had not been successful, she was apologetic. When I asked her if what they serve is what she would classify as Chinese food, most restaurants here serve what they call Hong Kong style cuisine, she just laughed.

Anyhow, back to the fountains – I promised I would share submissions from last week and the week before today, and as it is the end of July, it’s only fitting! Chava submitted a lovely fountain from Ecuador, from a place called Samborondon (no I hadn’t heard of it either). Aletta submits the fountain that swallowed a whale, a fun fountain from Hermanus, South Africa (not a winery, nor a coffee shop in sight. Aletta you doing ok? just kidding!). Jude submitted the Cabbage fountain (actually the Kohl fountain, but Kohl is Cabbage in English so there you go) – it also goes by the name of Lion fountain, which I prefer! Jude also submitted another fountain from Geneva – love this one, who would have guessed that Jude has so many photos of fountains! TGeriatrix, who like Jude, is the queen of fountains, she has so many different pictures handy, found this fountain in Turkey and also another, very beautiful fountain, and very different too,  in Italy in the Hellenic style ( I think), Artemis fountain, check it out here and Aletta submitted a hothouse fountain here.

August is just around the corner, I know it’s hard to believe, where has the year gone…?  And August brings us new fountains. Come on join in, you know you want to! Read on for the guidelines…

You don’t have to post on a Friday.  Any day in the month will do. If you have loads of pictures that fit into a theme, feel free to post several times during the month or create a gallery or whatever works best for you. While I’ve never run a challenge,  I am following Jude’s capable lead and letting myself be inspired by her categories,  so I am feeling hopeful that this will work out

I look forward to seeing where your fountains take me….